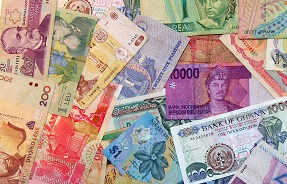 We have recently been following plans for a new, controversial Home Office scheme which has caused something of an uproar in both the UK and international press.  The scheme is still in the pre-implementation stages and it appears that plans are being hastily re-drafted due to the controversy, but we wanted to draw this news to our readers’ attention and encourage those with opinions to share them in the comments section below.

On the 24th June 2013, a Home Office statement was posted on the UK Border Agency (UKBA) website which announced the new pilot.  The statement has now been withdrawn (more to come on that later) but it confirmed that the scheme would run for twelve months, beginning in November 2013.

According to the statement;

‘The purpose of this pilot is to test the effectiveness of bonds as a deterrent against visa abuse, such as overstaying. This pilot scheme will operate in India, Bangladesh, Sri Lanka, Pakistan, Nigeria and Ghana.

The pilot will be highly selective and focused on the highest risk applicants – we will not require all visitors from the selected pilot countries to pay a bond. The number of bonds issued during the pilot will be limited.’

The statement indicated that the level of the bond would be set at £3,000 per adult and children under 18 years old would be exempt.  Bonds would then be returned provided the visitor returns to their country of nationality or residence within the time period specified by their visa.

In order to bring the scheme into force, it was stated that the Home Secretary would lay a Commencement Order before Parliament to activate the power in the Immigration and Nationality Act 1999 of requiring a bond from visitors.  The Immigration Rules would also then be amended accordingly.

The Home Secretary Theresa May also delivered a statement regarding the new scheme:

‘This is the next step in making sure our immigration system is more selective, bringing down net migration from the hundreds of thousands to the tens of thousands while still welcoming the brightest and the best to Britain.

‘In the long run we’re interested in a system of bonds that deters overstaying and recovers costs if a foreign national has used our public services.

‘We’re planning a pilot that focuses on overstayers and examines a couple of different ways of applying bonds. The pilot will apply to visitor visas, but if the scheme is successful we’d like to be able to apply it on an intelligence-led basis on any visa route and any country.’

Reactions to the scheme, however, have generally been far from favourable…

A scheme to be welcomed or a ‘discriminatory,’ bad idea?’

The UK is not the first country to consider a bond scheme and nor, we imagine, will it be the last.

The Australian Government asks for an ‘assurance of support’ for certain family visa applications, such as where a national who is settled in Australia wishes to sponsor their foreign national parent to join them.  The assurance acts as a ‘commitment to support a person applying to migrate to Australia so that the migrant will not have to rely on Human Service payments.’  The financial bond must be provided before a visa can be granted and varying sums are rquired, from AUD2000 for any adult secondary applicant to AUD10,000 for the main applicant for a permanent Contributory Parent visa.

According to the Australian Government, the assurance of support scheme has been effective at reducing overstaying.  However, as highlighted by The Economist, tough exit controls exist in Australia which make it easy for the government to check when foreign nationals have left and refund the bond.

The Economist suggests that for a similar scheme to work in the UK, we would need to implement equally stringent immigration controls and that is a task which has been on-going for many years now.  The e-Borders scheme, which should ultimately monitor travellers as they enter and leave the UK, has been blighted by set backs and delays and currently it is not expected to be fully operational until at least 2015.  Therefore, it is not at all clear at present how the cash bond scheme would work on a practical level and we will welcome further clarification from the Home Office in this respect.

The Home Office announcement has also provoked accusations that the scheme is discriminatory, since it is aimed at only six Commonwealth countries and, as pointed out by the Migrants’ Rights Network, ‘as yet, no evidence has been provided to evidence why these six countries have been selected.’

The proposal has induced angry responses, with The Confederation of Indian Industry delivering a statement that claims; ‘The suggested changes are not only discriminatory they are also against the ‘special relationship’ publicised by the UK government.’  Indeed, the UK Prime Minister David Cameron has been leading attempts to strengthen the bilateral relationship between the UK and India and this scheme can surely only undermine his efforts.

Will the Home Office rewrite their plans?

Following the strong reaction to these plans, as we mentioned at the start of this blog, the Home Office announcement for the scheme has been swiftly retracted from the UKB A website.  It appears that Government Ministers have raised issue with the proposals and according to The Guardian, they are being ‘hastily rewritten.’

We will look forward to receiving clarification as to the new plans from the Home Office and we hope that they will think more carefully before imposing a scheme which does not appear to have been planned properly and which has the potential to cause serious discord.

Recent changes to the Points Based System such as the removal of the Tier 1 Post Study Work visa category and the extensive changes made to the Family Immigration Rules have already caused the UK to be seen as an inhospitable place in some quarters and we risk alienating students and highly skilled foreign nationals whom we wish to attract, should schemes such as this be imposed.

In addition, while we support Government efforts to reduce illegal immigration, it remains to be seen as to how effective this scheme will be in actually deterring illegal migration to the UK..  Individuals who seek to enter the UK on visitor visas and then stay here in breach of the Immigration Rules may pay the bond at the time of the visa application but the cost of £3000 is not likely to be enough to ensure return to the home country.  There is every possibility that a scheme such as this could be open to exploitation resulting in visitors overstaying beyond their leave to remain in the UK.

But what are your thoughts on the new proposals?  Do you approve or are you against them?  Leave your comments below or contact us for specific queries.